David Lett, visionary founding father of Oregon pinot noir, followed traditional Burgundian winemaking practises, opting for a lighter, more delicately perfumed style of pinot noir. In 2005, Jason Lett took over from his father as winemaker and vineyard manager, and continues his family’s pioneering legacy. Tight and austere while young, these wines often begin to blossom only at 5-10 years of age.

The philosophy of the Eyrie Vineyards, in the vineyard and in the winery is to interfere as little as possible with the processes of Nature.  From the beginning the wines have been made exclusively from grapes grown without the use of insecticides, herbicides or systemic fungicides.  The vines are grown on their own roots and are not irrigated.

In 1979, in Paris, and the following year in Beaune, The Eyrie Vineyards 1975 Pinot noir bought international attention to Oregon, a wine region unfamiliar to almost anyone except a handful of hardy pioneers; Oregon won recognition as the New World home for pinot noir. 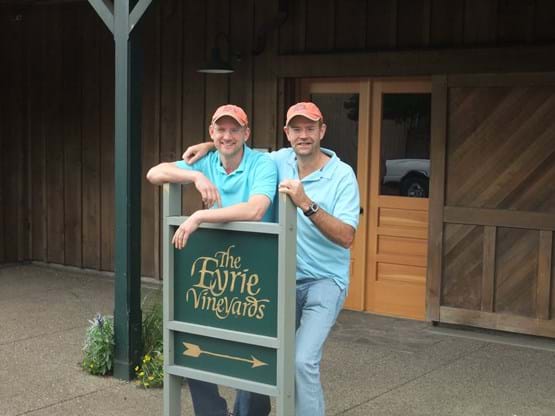 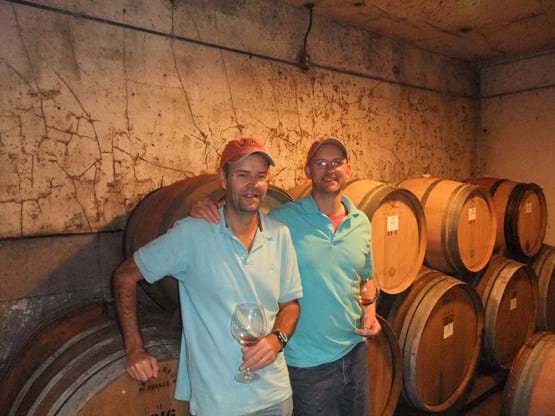 Inside the barrel room. 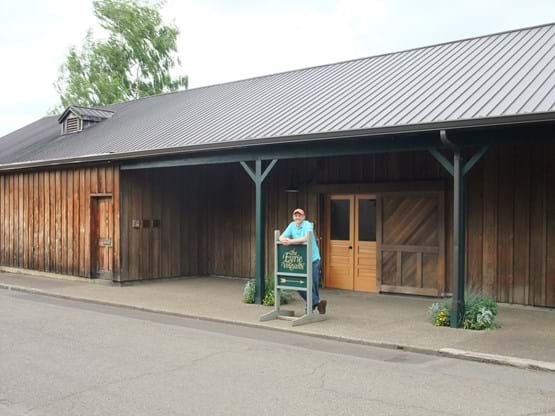